K-pop’s Lisa is many things: Fresh-faced maknae (youngest member) of popular girl group Blackpink, bona fide style icon with more than 31 million followers on Instagram and, most importantly, a charismatic dance prodigy who many aspiring idols look up to.

These are among the many reasons the multilingual star was chosen to be a resident dance coach on the Chinese survival TV show Youth With You, alongside other superstar mentors including mainland Chinese singer, dancer and rapper Cai Xukun, Taiwanese singer-actress Ella Chen and mainland Chinese pop singer Jony J.

Already in its second season, Youth With You is a voting-based programme on which 109 female trainees compete against one another for a chance to join an upcoming nine-member project group.

While Blackpink have been rapidly gaining popularity overseas, this marks Thailand-born Lisa Manoban’s first foray into the Chinese market and anticipation over her appearance was high.

And although she is known for a sweet-natured persona, the 23-year-old surprised viewers with her straightforward attitude and unwavering professionalism.

During a recent episode, Lisa is seen reprimanding a trainee for messing up the choreography: “You don’t have to be sorry to me, you have to be sorry to your friends. If you don’t do it correctly, I won’t give you a pass. If someone doesn’t get it right, the others will have to redo the whole routine again.”

This didn’t sit well with some Chinese netizens who took to social media to criticise Lisa’s behaviour, with commentators describing her as “intimidating”, “strict” and even “rude”. One said she “kinda lost respect for Lisa” as she was “way too harsh”, while another berated her for “making a big deal” out of a simple move “when it’s only practice”.

The drama has since become a trending topic on Chinese microblogging site Weibo, with the keywords “strict Lisa” topping the hot search list after every episode. But for good reason, as many Chinese netizens also came to Lisa’s defence.

“I’m speechless at Lisa as a mentor. She doesn’t miss a single detail and even tells herself not to be soft-hearted … She’s no doubt the top female idol!” said one Weibo user appreciated her eye for detail.

From the slightest hand gestures down to facial expressions, the sharp-eyed idol never fails to correct contestants’ mistakes until everyone has perfected the routine.

“I won’t be soft-hearted,” Lisa reaffirmed on the show. “They have to learn how to endure this pressure. If they simply let these problems pass them by, what’s the point of coming on this show?”

International fans have been just as supportive on the Twitterverse. One user commented: “Lisa isn’t sugarcoating anything. She encourages you, but she also scolds you when you need to improve … She’s doing a great job here and doesn’t deserve haters twisting things into a negative narrative.”

“People saying Lisa is ‘rude’ do you even know what the show’s purpose is? They need to be the best of the best to debut and the standards Lisa is setting for them is the same intensity that she trained in, y’all really mad that she’s doing her job?” another Twitter user posted.

Having trained for five years before making her debut, there’s no denying the Blackpink star’s hard work ethic and dedication to her craft, and it’s clear she hopes to impart the same sense of devotion to the trainees.

This is evident in her no-nonsense advice towards the trainees. Call it tough love if you want, but it’s all done to help them present the best versions of themselves to the audience. Given the competitive nature of the show, it’s the survival of the fittest – and no one probably knows it better than Lisa.

“I didn’t want to come off as intimidating. I just wanted to give them advice because this could be their last chance [at being selected for the group]. I hope that my experience can help them,” she said.

Others have also pointed out that Lisa isn’t even half as strict as other mentors on South Korea’s competition survival show Produce 101, and that she always praised the contestants when they showed improvement.

And if the trainees’ admiration and respect for Lisa is anything to go by, she’s definitely doing something right.

This article was first published in South China Morning Post. 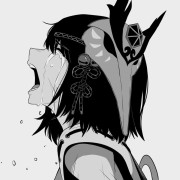 Coronavirus: Japan’s employees are working from home, but stress has followed them